There is something about being out in the bush on safari that allows us to closely connect with the environment around us. While we were in lockdown here in Botswana, I missed being able to get out to the wild places around us. Every time that I switched on the news, nothing seemed to make any sort of sense. Now that we are able to get out and about once again, I do not have the words to explain what a wonderful sensation it is to be back to the simple joys of exploring the world around us. I am also under the complete conviction that time spent in the bush is always well rewarded.

This brings me to a time on safari just before Christmas spent in the dry floodplains bordering the Okavango Delta with a family and friends from the U.S. I met these friends through one member of the group who was referred to Royal African by a mutual friend. An avid outdoorsman, he had been on several safaris before ours and this time wanted to bring his family and friends.

We enjoyed our time tracking with the San Bushmen in the Kalahari, traversing the waterways of the Okavango by boat and exploring on game drives. By the end of the trip we had seen some fantastic wildlife, but the final few days were very quiet. It seemed that wherever we went, the game didn’t go. And as much as we tried to search in new areas looking for tracks and the signs and calls of the wild that would give us the faintest of clues; it all just seemed very quiet.

We came across the tracks of a young male leopard around camp as well as the alarm call of a flock of guinea fowl, but we could never find him as he slinked through the thick bush. Never giving up, we all agreed that anything can happen in the final 24 hours of a safari and it’s usually pretty amazing.

On the final evening we took a slow drive close to our camp which was set up under some jackal berry trees on the edge of the Okavango. We spent time watching three large bull elephants feed, coming closer and closer to us until one was only a few meters from my vehicle.

On the way home we picked up some very fresh wild dog tracks and spotted a herd of impala sprinting off into the distance. We went in hot pursuit, trying to follow the tracks along the road and predict their movements, only to turn a corner to find the tracks leading off into the opposite directions. Knowing that dogs on a hunt can cover huge distances very quickly, we carried on like this for some time with my guests clinging tightly to the top of the vehicle as we bumped over the sandy tracks and whizzed around corners. We were searching everywhere for the dogs, until someone shouted “LION!

Sure enough, off to the right, watching us with an uninterested and lazy gaze, sat a young male lion underneath a fever berry tree, enjoying his meal of a fresh waterbuck carcass. It was not what we had been looking for, but a very welcome surprise none the less. He dragged his kill back a little further into the bush as we sat there watching and listening as the light slowly faded.

Feeling very pleased with our afternoon, we slowly drove back toward camp and found that that the staff had set up a beautiful bush dinner out on a pan for our final evening. Warming around the fire, with a G&T clutched firmly in hand, we recanted our story thankful for the keen eyes of our guests in the back of the vehicle who had spotted the lion. We had seen nice lion and cheetah on this safari, but leopard had eluded us and the only wild dogs that we had seen had appeared for only a brief moment.

As we sat there underneath the stars, enjoying our drinks, the radio sprang to life in the vehicle. Our foreman Barnes was back in camp trying to get hold of us as a leopard had just walked past our tents, straight through camp. We again rushed to the vehicles, plugged in the spotlight hoping to catch a glimpse of this young male whose tracks we tried to follow in vain the day before. We didn’t have to work too hard as this very obliging fellow walked right over to our fire and carried on through the glow of the spotlight, stopping to pose for a few photos every now and then. This was the first leopard for most of the group, and we couldn’t have hoped to have gotten any closer. Had we not stepped into the vehicle, he probably would have been too close.

That following morning everyone’s packed bags were loaded into the vehicle as we bid a warm farewell to the staff who had looked after us so well. We were all ready to game drive to the airstrip and our flights home when a small band of male lechwe bounded past our camp with three wild dogs close behind them. Again, jumping into the vehicles and leaving some bags, (but fortunately no people behind), we followed them across the floodplains and watched as they abandoned their hunt and continued onto the rest of the pack. The dogs jumped and squealed with delight as they joined the rest of the pack, 22 in total!

The bush is always fair and rewarding and for those of us who love exploring and spending time here, we are never let down. The last 24 hours of a safari are something very special indeed. I can’t wait to start leading trips across this continent again, just as soon as we can. 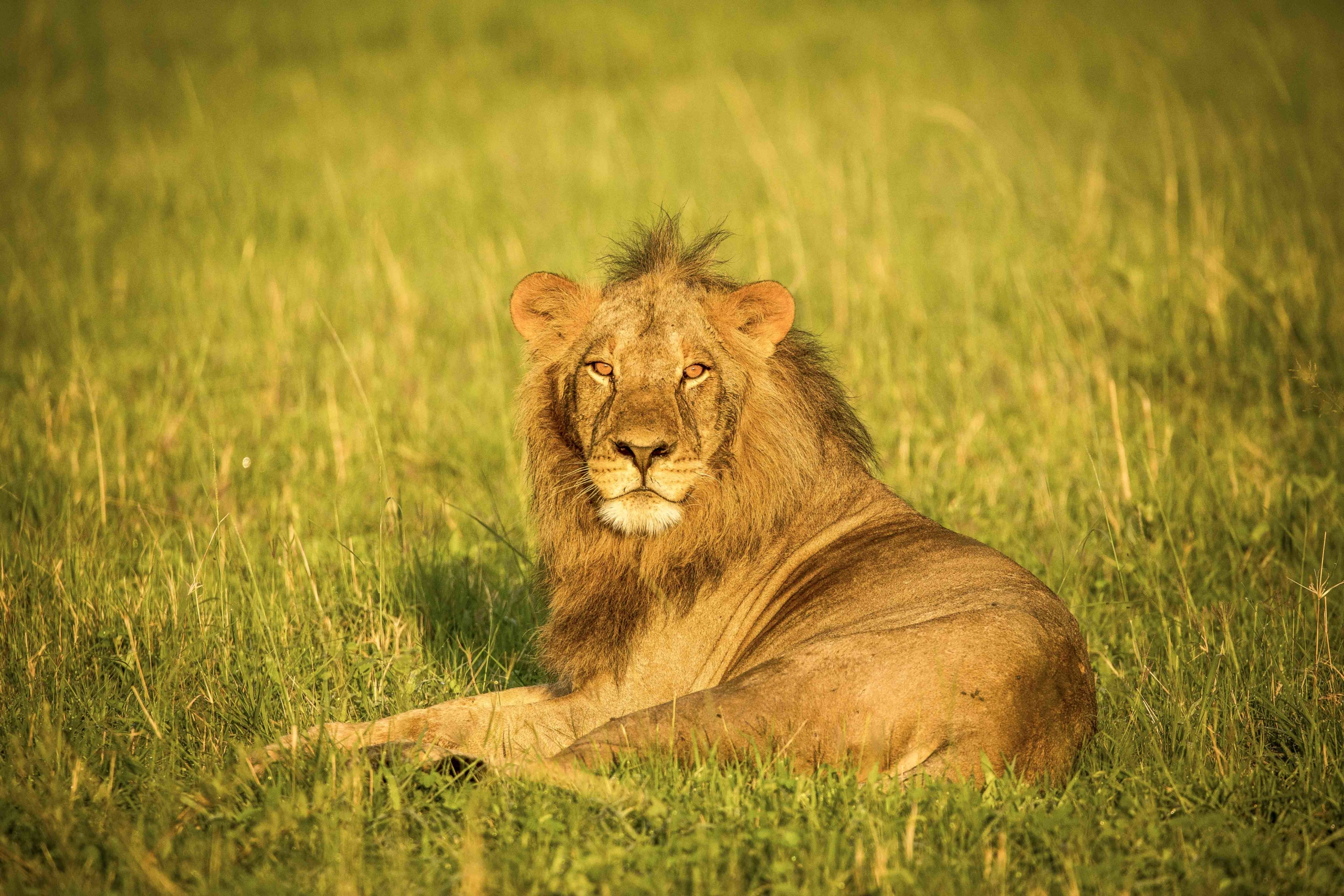 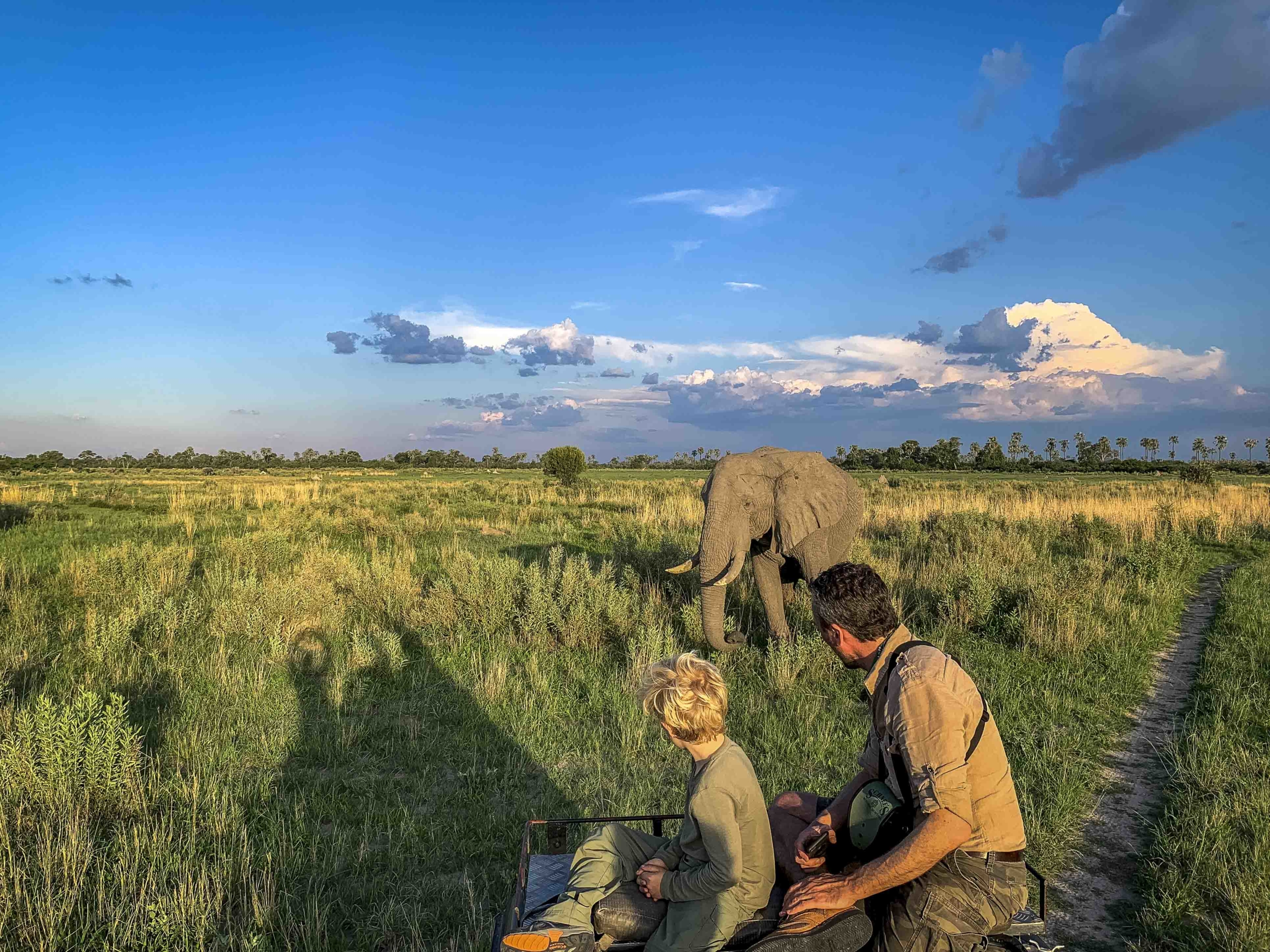 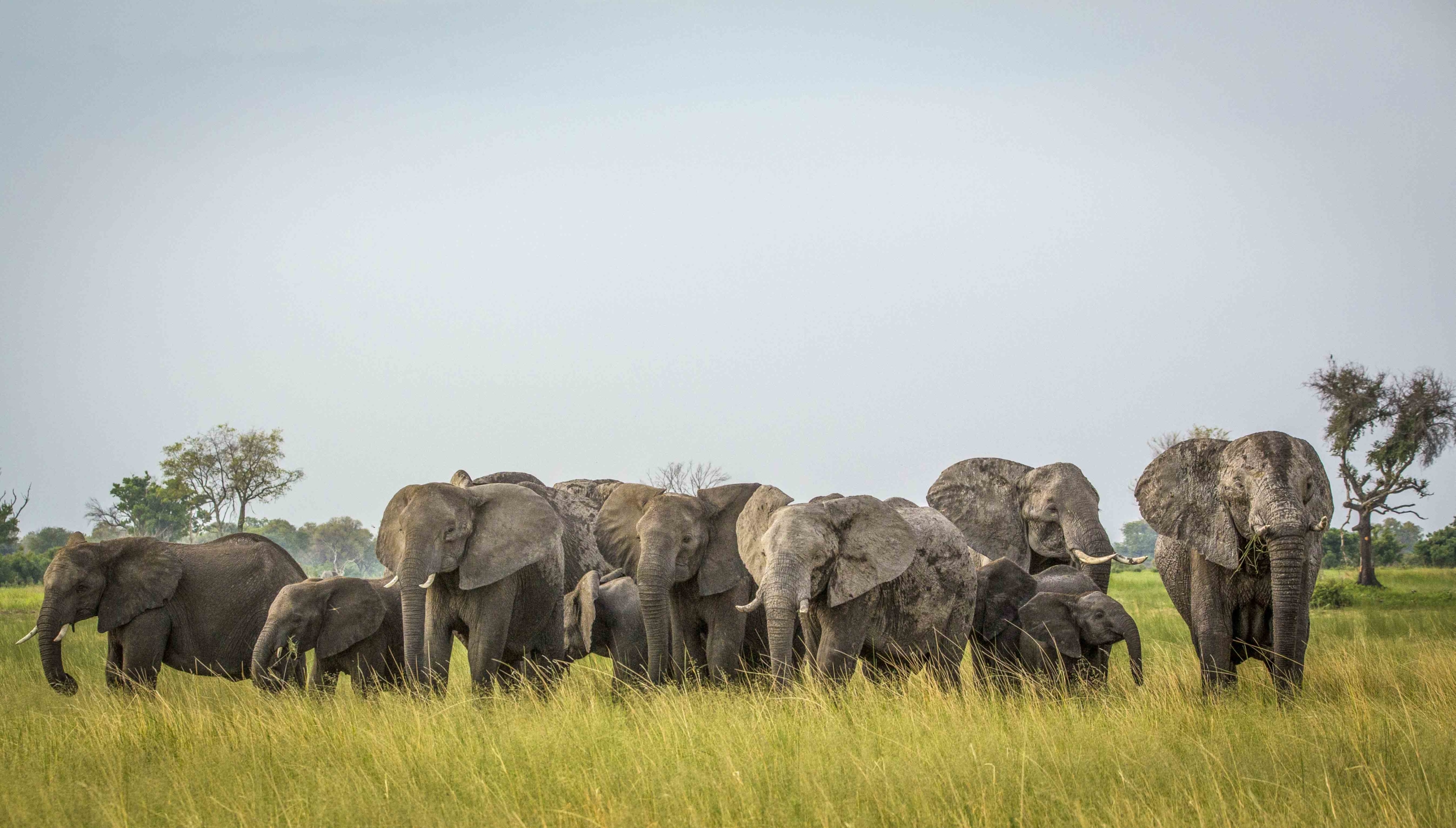