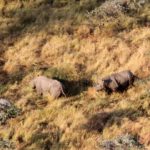 There are only eight rhinoceros left in the Chyulu Hills in southern Kenya, but with your help, this population can grow.

Currently, the rhinos are carefully protected by Big Life Foundation and the Kenya Wildlife Service (KWS). They are under the constant surveillance of 61 dedicated Big Life rhino unit rangers, 37 camera traps and regular aerial patrols. As a result of this protection, for the last six years, there have been zero successful rhino poaching incidents in the Chyulus.

However, the habitat is capable of supporting a much larger population. Just 60 years ago when famous big game hunter turned conservationist J. A. Hunter lived here, the surrounding area was home to thousands of rhino.

Alex Hunter, one of Royal African Safaris’ Partners, is J. A. Hunter’s grandson. Alex is passionate about this project and is a dedicated member of our Royal African Foundation team. We are working with Big Life to ensure this isn’t the end of the story for rhinos in the Chyulus.

The Chyulus’ population is of critical value to rhino conservation as it is a genetically independent population of eastern black rhino, that has not been mixed with any other populations. So by translocating other rhino into this area we can not only bring the Chyulu rhino back from the brink of extinction we can strengthen the entire black rhino gene pool.

The first phase of the project is underway as the habitat has been granted Intensive Protection Zone (IPZ) status for demonstrating that the rhino can be effectively protected, and Big Life is working hard to maintain their protection.

The second phase involves putting in the infrastructure required by KWS so the translocations can happen. Infrastructure such as translocation holding pens, improving water points and roads which will cost approximately $175,000.

Once the required infrastructure is in place, the third phase can begin which involves translocating 15-20 into the Chyulu hills over a 2-3 year period. This will cost between $250,000 and $300,000. The rhino will be coming from the Ngulia Rhino Sanctuary in Tsavo West. Thanks to the work of Tsavo Trust, Zoological Society of London and KWS, Ngulia has now reached its full carrying capacity. The rhino growth rate there has slowed and they are now at risk of injury and death from territorial fighting, so some need to be translocated to keep rhino populations growing.

This is a long term and ambitious, big-budget project, but it will have a huge impact.

By supporting this project, you will help to bring the Chyulu Rhinos back from the brink of extinction, strengthen the eastern black rhino gene pool, and in doing so help secure the future of this species.

You can donate to this project through our Royal African Foundation. 100% of your donation will go to the project you choose and your donation to our registered 501(c)(3) organisation is tax-deductible as provided for by law. If you are in Canada and don’t have US source income you can make a tax-deductible donation to the project through Big Life Canada. Just add in the comments that it is for the Royal African – Big Life Rhino Project and 100% of your donation will go to the project. Please contact Emma our Foundation coordinator at emma@royalafrican.com if you have any questions. 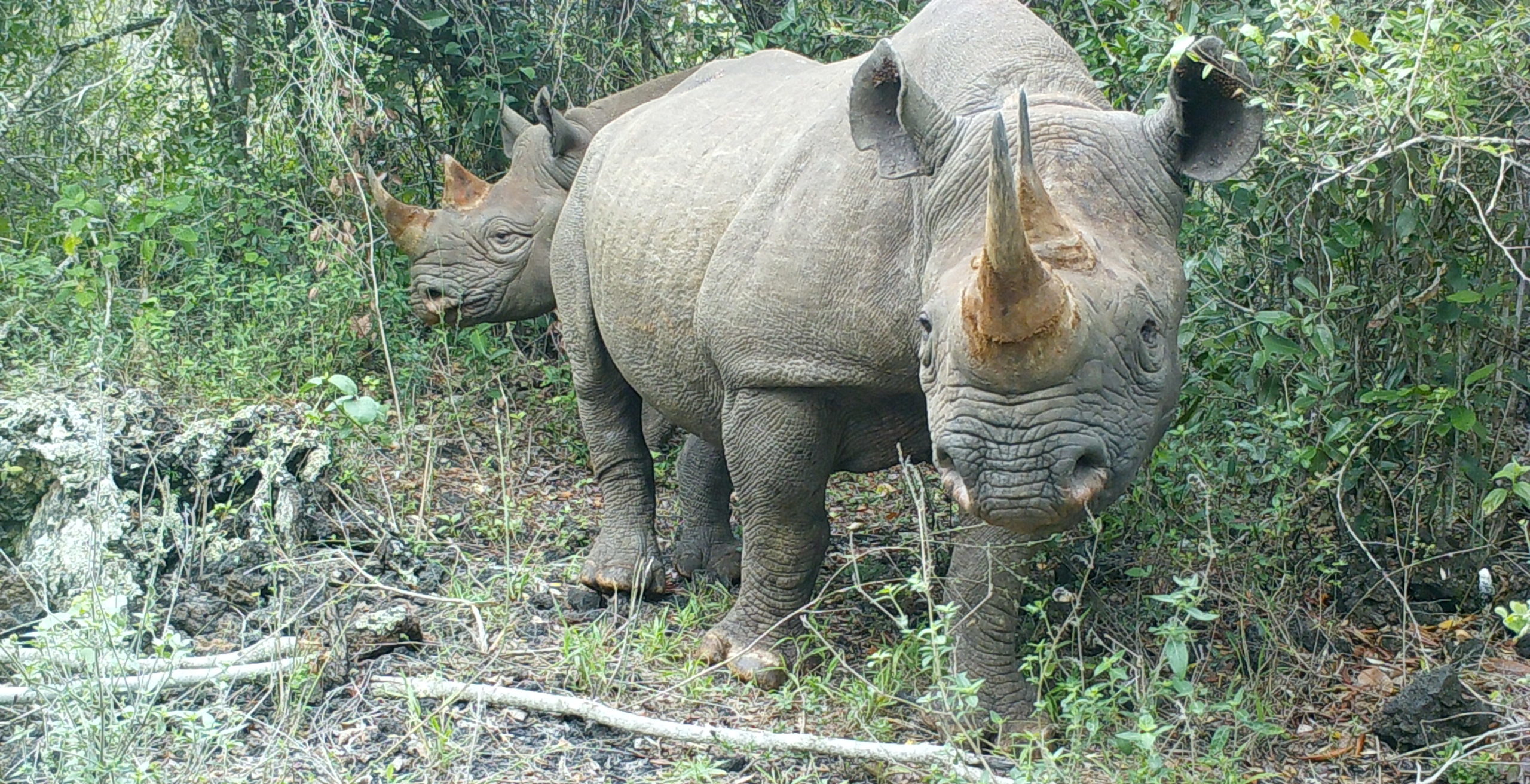 One of the residents, Cathy and her calf captured on camera trap
Return to the Foundation homepage