Late last year I was approached by good safari client of mine whose lifelong dream was to spend time on a safari among the last great elephant bulls on the continent. What do I mean by the last great elephant bulls of Africa?  Well, here in southern Kenya there are about ten great tuskers left, defined by those with tusks that weigh over a 100 pounds a side. Tim, as he was called, had the biggest tusks of any these bulls, estimated to be well over 120 pounds each tusk.

My client is extremely well travelled in Africa; he has seen pretty much everything, and there wasn’t a safari he has not done over the years.  But so far, the sight of a really huge bull elephant had eluded him. So, a date was set, flights were booked and as soon as he arrived, we headed off to the east of Amboseli with Mount Kilimanjaro right next to us.

Arriving into camp, the word was out: Where was Tim?  Word came back that Tim was in musth which meant that being in peak breeding condition he was covering miles and miles every day in search of females. It was the proverbial needle in the haystack.

We set out at dawn each and every day in search of him. We sought help from the Big Life rangers who are the guardians of this ecosystem to help us track him down, as well as from a friend who happened to be flying in the area on a game count.  We spent days scanning, spotting, and tracking literally hundreds of elephants (which is a privilege in itself), but still there was no sign of Tim. He had gone AWOL.  My guests were sanguine; they had been on safari enough times to know that some of this is in the lap of the gods.

We decided to move camp and to head into the Chyulu Hills where another famous bull elephant called One Ton resides.  On our last morning before breaking camp, we did one more drive and there, out of the Amboseli dust literally under the snows of Kilimanjaro, stood this colossus elephant.  We stopped.  He ambled slowly towards us and with each footstep, a two-foot puff of dust rose in the air. We had eye contact, taking in ancient wisdom, watching ears flap like two old sails that have seen many a storm.  We just sat there for hours absorbing it all.  With our mission accomplished and memories for a lifetime, we slowly drove away leaving Tim to continue his search.

P.S. Tim died of natural causes a few months after we had seen him. He was still very much in his prime and it was remarkable that he made it to 50 years old.  He faced every possible threat to his species; his relatives were poached, including his mother who was speared to death when he was 8 years old, and his sister Tallulah also speared in 2003.  In light of this, it was all the more remarkable that he could be so tolerant of us.   His tusks weighed 163 and 135 pounds each and we do know that his amazing lineage lives on. 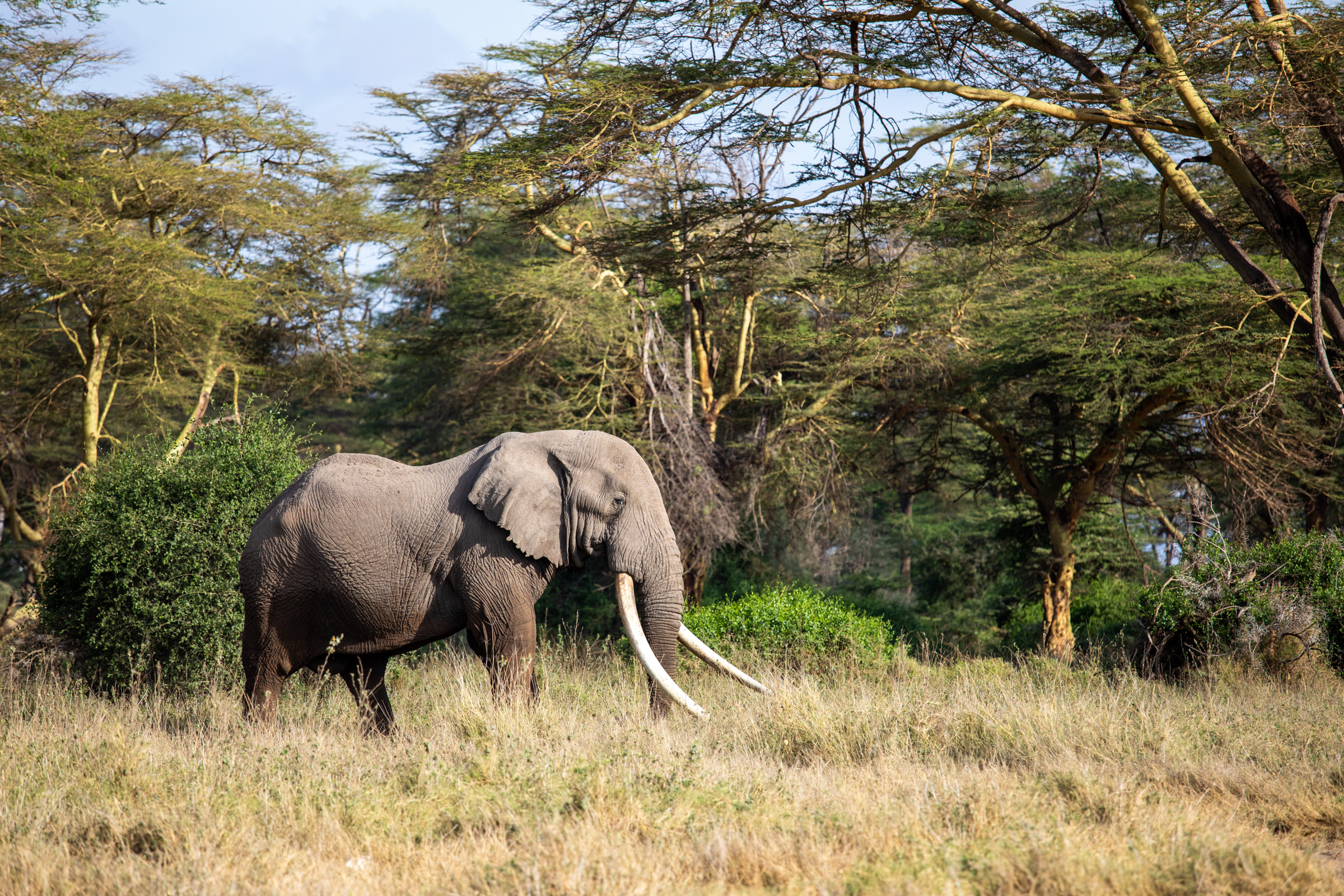